For homework this week we want you to pick a team from the Brazil World Cup book. Mr Conway will provide all of you with a book. After you have picked the team you have to write about the teams culture, past and any facts you know. Maybe you can draw a picture of the team you pick or maybe write a report on them. What ever you do for the team just make sure its really interesting, so interesting that it makes Mr Conway fall of his chair.

This is a road Bike made by Acle.

On Tuesday 20th of May Mrs Kay ( Scarlett Kay’s  mum) came in to tell us about her riding career and all she knows about bikes. She cycles for TNT, Phoenix, Nonna’s and used to ride with Sheffield triathlon club. That’s swimming,  running, and cycling all in one go!

She has two road bikes the older one it is called The Old Lady that she rides on in the winter and bad conditions. Her other bike is called ‘The Stallion’ she rides it in the summer and in  good weather. She also has a mountain bike but doesn’t have a name for it yet (how unfair)! She uses the mountain bike off road and in winter time.

She also explain to us what happened when she had a nasty accident involving a white van. She was on her way to pick up Scarlett from her nursery when a van pulled out and she crashed into it. She said it really hurt and she was a bit dizzy afterwards.

Hopefully she can come in again because it was incredibly interesting.

These are some Cone Helmets that people normally wear in cycling competitions or races.

Today’s science lesson was great! You were all engaged, you thought of loads of questions and you investigated your own ideas about viscosity. Well done!

For homework, please write down the question you were investigating, what you did to answer it and what you found out.

In addition, please ensure all work is up to date, including the particle models you drew at the start of the lesson. Make sure you have told me about the differences between the three states of matter.

Check that you have read the marking comments from the last lessons and have answered any questions or worked on the next steps.

Just to remind everyone your homework is usually given out every Friday and then your home work needs to be in by Wednesday. 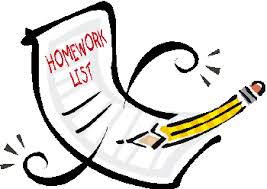 Standard
Your homework this week is to complete your graph with questions and answers… Have a great weekend… Mr Conway.